What does the Skype sale mean for Apple customers? 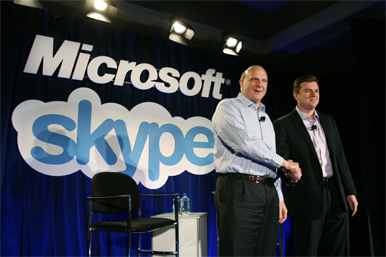 By now everyone seems to know that Microsoft has acquired online communication giant Skype for a huge 8.5 billion dollars. Mac and iOS users immediately questioned the acquisition as a way for Microsoft to turn Skype into an exclusive service for Windows Live-connected devices and other Microsoft products such as the Xbox, Windows 7 and the new Windows Phone 7 OS. Steve Ballmer, however, was quick to reassure everyone that Skype will continue working on the Mac, iOS and all the other platforms it currently runs on (including RIM’s BlackBerry and Symbian). Microsoft, of course, takes Apple as one of the major rivals, though it has a full version of Office 2011 available for Macs, and many apps for iPhones and iPads. The question, however, is whether Skype will ever release a native iPad app as promised last year, and if the new owner will also bring some welcome interface changes to the Mac app.