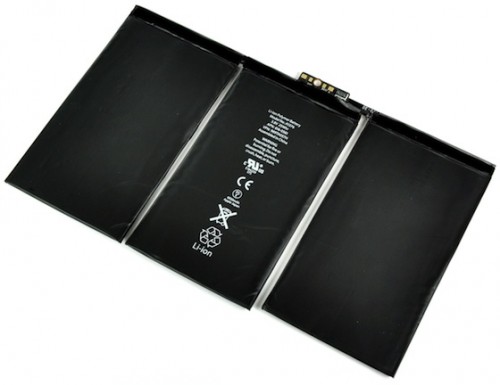 Apple reportedly has made a deal with Simplo and Dynapack to produce and supply a thinner and lighter battery for the iPad 3. Such battery means that the company may work on the iPad with a potentially thicker high-resolution Retina display. The cost of new batteries is 20-30% higher that the current iPad batteries but provides longer service life and higher safety.  Mass production of such batteries are planed on the first quarter of the next year.

With the upcoming iPad 3 to feature a thinner, lighter battery module that is widely believed to be priced 20-30% higher than iPad 2’s, Simplo Technology Co. and Dynapack International Technology Corp., both Apple Inc.’s contract suppliers of iPad and Macbook battery packs, will hence secure a surefire profit drive for the near future.

Institutional investors pointed out that the battery pack for iPad 3, scheduled to be massively produced in the first quarter of next year, has been redesigned to be thinner and lighter with a longer service life than iPad 2 edition’s.