iFixit team has recently performed a teardown of the new full-size iPad Air 2. This teardown showed that Apple’s next-generation tablet indeed boasts of a faster processor, 2GB of RAM and a number of other improvements. However, according to what the experts say, the new device has become less repairable; that is why the iPad Air 2 Repairability Score is only 2 out of 10.

What's lighter than Air? An Air 2. Join us as we disassemble the new, shaved-down iPad Air 2, and see whether Apple's thinnest device is still its least-repairable.

But let’s get back to the hardware. As I’ve already told you, the tablet is equipped with a new 64-bit A8X 1.5GHz processor, which is rumored to be triple-core, M8 motion coprocessor, 2GB of RAM, 9.7-inch IPS Multi-Touch display with a resolution of 2.048 x 1.536, Touch ID fingerprint sensor and a 7340mAh battery, which is surprisingly weaker than the battery of the last-year iPad Air. The device has also become thinner and a bit lighter and that is a piece of good news for all those who need to have the tablet close at hand all the time.

Below you may take a look at the photos of the disassembled second-generation iPad Air. What do you think about the device? Leave your comments below. 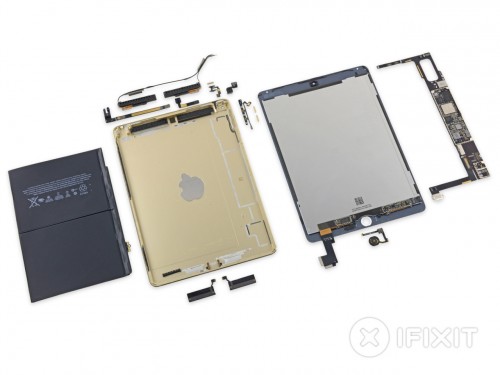 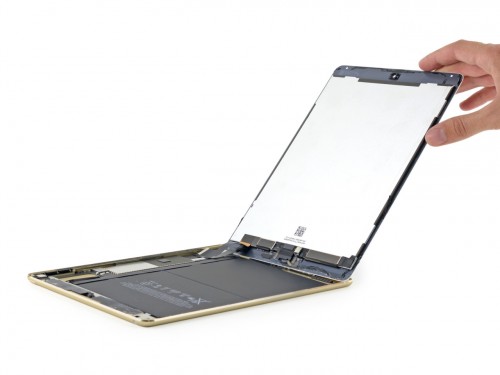 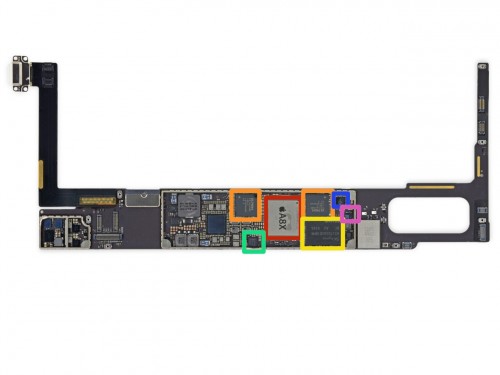