According to the latest reports from Asian sources, Apple’s next-generation iPad mini Air will be 30% thinner than the current model. It should be noted, however, that such a rumor has been first spotted in the Taiwan's United Daily News newspaper, so I suggest that you should take it with a few pinches of salt. 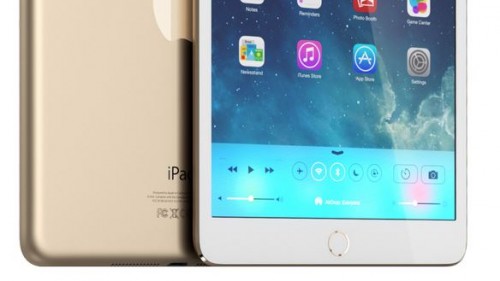 The Chinese media reports that one of the tablet’s biggest selling points will be its thinness, and that the device will allegedly be 30% thinner than the previous model. In addition, the publication suggests that the iPad Mini Air will draw its processing power from the new A8 processor which is currently manufactured by TSMC.

The same sources also claim that the guys from Cupertino are currently doing their best to release the widely-rumored iPad Pro with a 12.9-inch display at the end of the third or at the beginning of the fourth quarter of this year. Previous rumors suggested that the device won’t be released until the very end of 2014.

Do you think Apple needs a 12.9-inch tablet in its product lineup? Leave your comments below.