According to the latest report from a market research firm IDC, the 12.9-inch iPad Pro may stop the decline in the iPad sales. Even though the researchers admit that the global tablet market will continue to decline, Apple may actually improve the position of the iPad on this market and even sell more tablets than in 2014. The reason for this is quite simple: the iPad Pro is a large tablet that can be used with a detachable keyboard. It is a good replacement of the laptop for photographers, designers, artists and all those who need an effective tool for work. iPad market share growth, however, will not be long-term, analysts add. In 2017, Apple will once again see a decline. 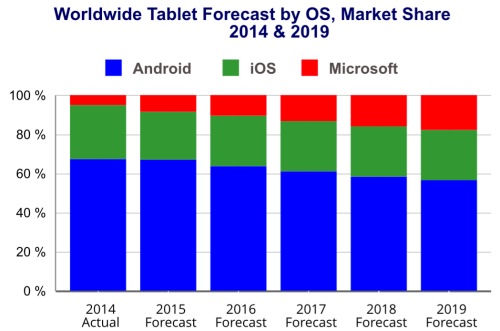 The 12.9-inch iPad Pro is equipped with an A9X processor, 4GB of RAM and 3D Touch display. The device went on sale in November and turned out to be quite popular among the early customers.