According to the latest report from Macotakara reporters, the long-awaited 4-inch iPhone 5SE will come in three colors, namely, Silver, Space Gray, and Pink. Moreover, sources add, the Pink color will be closer to the shade of the iPad nano 7G and iPod touch 6G, but not to the Rose Gold color of the iPhone 6 and iPhone 6s. 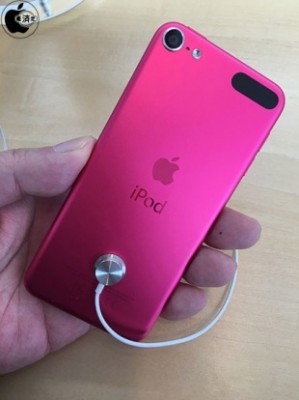 The tech specs of the upcoming iPhone 5SE include an A9 processor with M9 coprocessor, 1GB or 1.2GB of RAM, an 8-megapixel camera, a 1624mAh battery, 16GB and 64GB of internal storage as well as the support of NFC and Live Photos. The exact dimensions and other specs currently remain unknown.

As it was already reported, Apple is expected to unveil the smaller iPhone at the media event scheduled for March 15th. Aside from the new iPhone, the company reportedly plans to introduce the iPad Air 3 and the updated Apple Watch with new bands.

Macotakara reporters have a good track record and cite reliable insiders who were accurate in the past, that is why their latest report is trustworthy.