Korea Herald claims that we will meet new smartphones with a 'bezel-free' display and fingerprint scanning from both Apple and Samsung.

An industry source said Samsung Electronics’ Galaxy S5 would sport a display without a bezel, or the rim surrounding a screen, and allow users to scan their fingerprints at the bottom of the smartphone screen. The phone will also eliminate the home button hardware featured on the previous Galaxy models, he said. 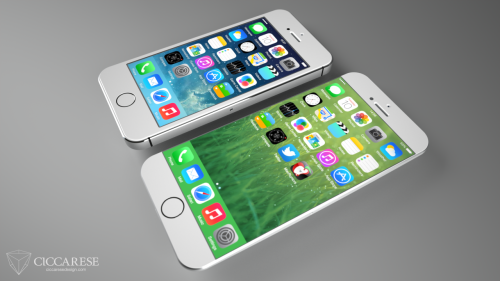 “The finger-scanning technology will be available on the bottom left and right sides, and not the entire display,” the source reported. “Scanning fingerprints on the entire screen, which was much talked about recently, will be available in the latter half of this year as there are still technological hurdles to overcome,” he added.

It was also mentioned that Apple is testing a prototype with a 'bezel-less' display.

It is rumored that Samsung smartphones will feature a display with a single-layer touch panel which will boost transparency level considerably. The research has been going on since 2012 under the name of Project B or Galaxy B.