Apple will launch a 5-inch iPhone 6 next year, Japan reporters claim. What’s even more interesting is that the users will be able to control this enormous device with only one hand. 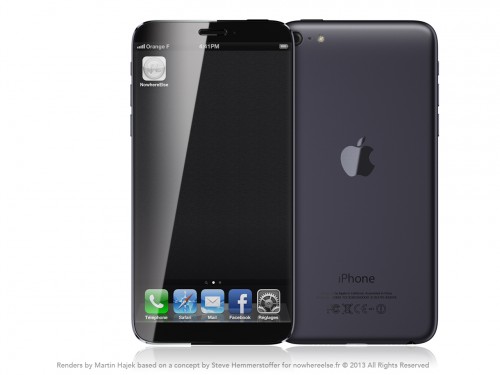 The details come from Japanese magazine Mac Fan, which were summarized on Tuesday by Macotakara. The report claims Apple's next-generation iPhone may sport a 1,920-by-1,080-pixel 5-inch display packing in 440 pixels per inch.

It was claimed that Apple plans to make both sides of the screen as "thin as possible." That could allow the company to promote the "iPhone 6" as the first "phablet" able to be operated with one hand.

As you probably know, “phablets” are extremely popular in China, so looks like the company from Cupertino is trying to conquer Asian market again. Its first attempt to do that, I mean the plastic iPhone release this year, has become rather unsuccessful.

I seriously don’t think that people in Europe will buy such a large handset. Agree?