Design drawing showing something similar to the OLED iPhone 8 has been shared on Chinese social network Weibo. The image shows the device with a large display, no Home button, and, most importantly, the Touch ID fingerprint scanner on the back panel. 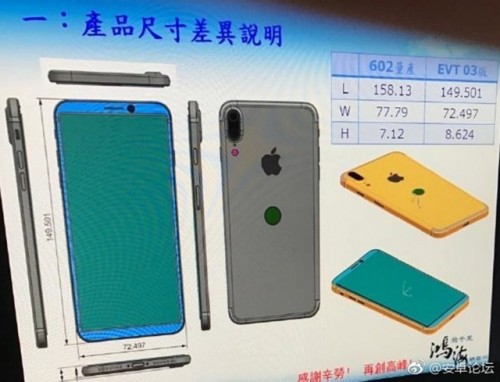 The smartphone depicted above can be either the new iPhone 8, or simply one of the prototypes the company is testing ahead of start of the mass production. Moreover, the image can be fake as well.

Apple is expected to unveil the OLED iPhone 8 and two LCD models called the iPhone 7s and iPhone 7s Plus in September. All devices will get 3GB of RAM, wireless charging, and some other improvements. The cheapest version of the iPhone 8 will reportedly cost $850.