« Apple to Announce iMessage for Android at WWDC?
Apple to Release Deep Blue iPhone 7 Instead of Space Gray? »

LG to Supply Apple with Dual Cameras for iPhone 7 Plus

LG may become the dual camera supplier for the upcoming 5.5-inch iPhone 7 Plus (or Pro), Business Korea reporters claim. The mass-shipments of the new camera module will reportedly start later this month as the updated handset should be officially unveiled early this fall. The report is based on rumors shared by supply chain sources familiar with the plans of both companies. These sources add that in 2016, LG will be the only supplier, but things may change next year as Apple is looking forward to diversifying its supply chain. 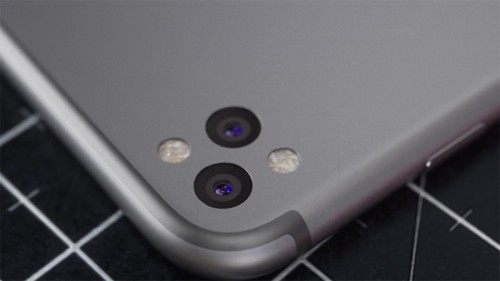 On June 8 an industry source told the site, “LG Innotek will exclusively supply dual camera module to Apple’s iPhone 7 Plus, which will come out in September this year."

Today’s report corroborates earlier rumors from different sources suggesting that one of the upcoming iPhone models may get a brand new photo sensor, so it’s quite trustworthy.

Both iPhone 7 and iPhone 7 Plus will reportedly get new processors, more RAM, faster LTE chips and some design changes including new antenna bands and the lack of headphone jack. Sources claim both handset will be running iOS 10.

« Apple to Announce iMessage for Android at WWDC?
Apple to Release Deep Blue iPhone 7 Instead of Space Gray? »