Cook back up, telling us we can get a hands-on.

Costello: Still got it.

"Before we close, I'd like to return to music." Somebody's coming on stage. Three decades of work, 29 albums. Wait for it....

That's iPhone! Tim Cook is back on stage. Cook also seems to be in wrap-up mode. iOS 7, iPhone 5C, and iPhone 5S each get a namecheck.

Friday, Sept 13th: preorder. A week later, Sept 20th, you can purchase both in the US, Australia, Canada, etc.

The iPhone 4S is sticking around, at 8GB for free.

Schiller back on stage.

"It's never available to other software." It's never uploaded to Apple's servers or backed up to iCloud.

It uses capacitive touch to read your fingerprint. Now we're getting into the details of how a fingerprint is unique.

The home button is sapphire so it won't scratch.

The third feature is all about security

The new flash has two LEDs. One is cool and white, the other is warm and amber.

When you take a photo, it actually takes multiple photos and picks the best.

The sensor has a 15 percent larger active area.

Up to 250 hours of standby. Schiller says it's better than the iPhone 5.

"What about battery life?"

It can tell apps if you're stationary, walking, driving, etc.

iOS 7 has been completely reengineered for 64-bit. Apple's apps are also 64-bit.

It's 64-bit chip. The first ever on a smartphone

Apple is really proud of these cases too.

Video time. Jony Ive on the screen. "The distillation of what people love about the iPhone 5."

A6 processor, same as the iPhone 5.

The battery is slightly larger than it was on the iPhone 5.

The first one is iPhone 5C!

"This year, we're going to replace the iPhone 5."

They are free with any new iOS device, Cook says.

When you set up a new iOS device, you're given a screen to download the iWork apps, iPhoto, and iMovie. Any new iPad, iPhone, or 5th-gen iPod touch.

Time to talk about iWork.
Cook is back out! Time to switch gears to "other software."

Boom we're already into the camera's features, with built-in filters and easier modes. The gallery automatically groups photos into "moments" and "related collections."

"iOS 7 is so alive with depth." He's really burning through the feature set here. Talking about Control Center, Notification Center.

"Next month, we will ship the 700 millionth iOS device."

"Also this month, we've been hard at work at completing iOS 7."

This weekend it's been replaced with a massive glass-enclosed pavilion. There's glass on three sides and a cantilevered roof.

The Stanford, CA store is tiny, but it has served five million customers — 2,000 per day recently.

Tim is talking about the iTunes festival, which is in its 5th year.

Tim Cook takes the stage after a pregnant pause.

Music is playing: Walking in your Footsteps, by Shout Out Louds.

Town Hall is incredibly small -- probably only room for 200-300 people in here. 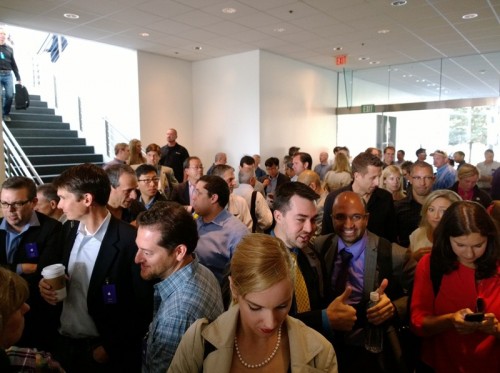 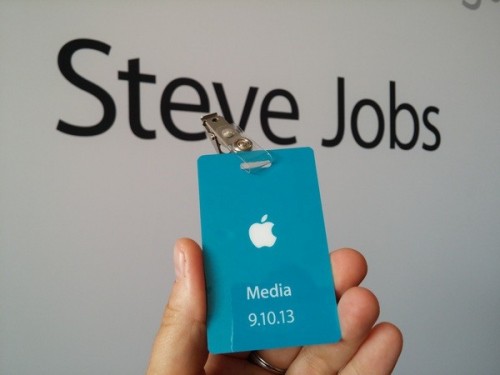 We will be providing coverage of Apple's special event here using a compilation of sources to make sure that you get an uninterrupted feed. 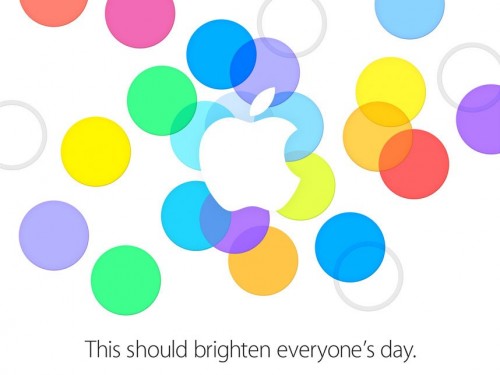