MOTO Labs conducted a new touchscreen test with a number of the most popular smartphones: Apple iPhone, HTC Droid Eris, Motorola Droid, Google Nexus One, Palm Pre and Blackberry Storm 2. The results were expected - iPhone has a first place and is followed by Google Nexus One.

The results for the other smartphones can be seen on the picture below. 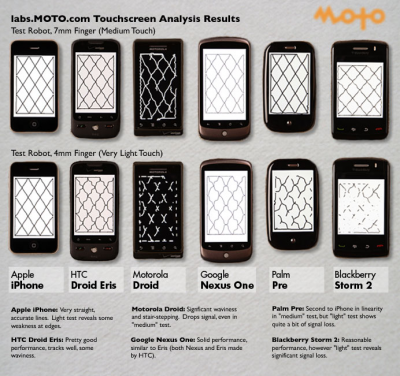