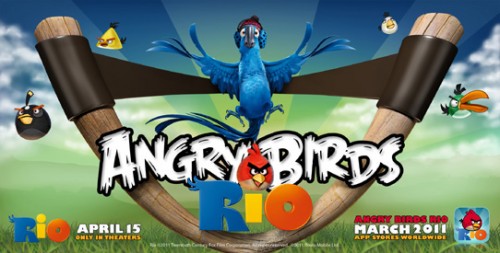 Angry Birds is obviously one of the most popular games in App Store. And now its funs are waiting for the next version of their favorite game. The developer of the game, RovioMobile, has announced that new version of Angry Birds will come to the App Store in March. It’s based on the upcoming animated film Rio. Rio is a film about rare birds which are kidnapped by other birds and is about them escaping to freedom. The film Rio will be released on April 15th but the new game will be available earlier, in March.