According to the latest aerial images shared by a traffic reporter Ron Cervi, the construction workers at Apple’s Campus 2 are working with an enormous speed. The images shared via Twitter depict the entire construction site and show how fast the main building,  four-story restaurant and the amphitheater with a large demonstration area are being built. The aforementioned aerial photos are available below, take a look. 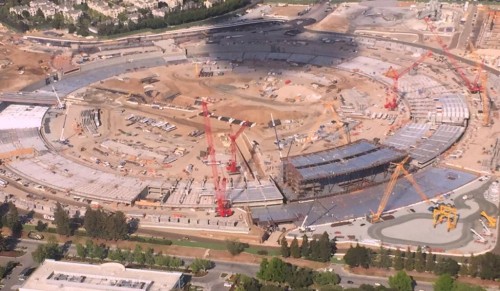 KCBS news and traffic reporter Ron Cervi has been busy today sharing some aerial shots of Apple Campus 2. Today's shots show an overall picture of the entire spaceship campus, the four-story restaurant, and the campus amphitheater. 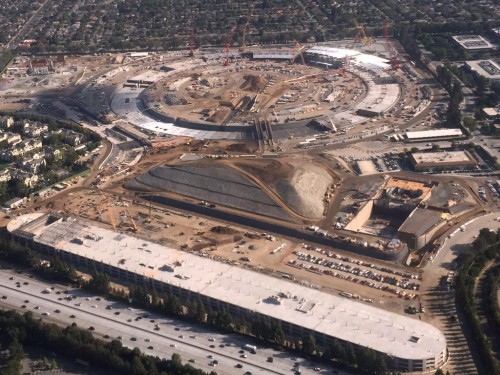 Earlier this month, several rumors appeared on the Internet suggesting that Apple may face a delay in the construction due to the change of a contractor. So far, the guys from Cupertino haven’t made any official statements related to this issue, so looks like the deadline is still the end of 2016.

Apple’s new spaceship campus is expected to become the most innovative and eco-friendly headquarters in the entire world. Apart from offices for the company employees, it will also boast of its own gym, restaurant and a hall for presentations.