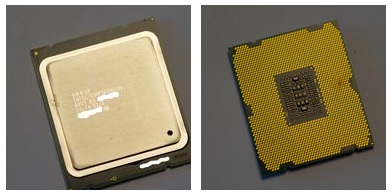 The Inquirer report, Intel’s Sandy Bridge chips known as Xeon E5 are set to launch next week. The report notes that server chips are in the distribution network for several weeks now.

«Boston confirmed to The INQUIRER that Xeon E5 chips have been in the channel for a few weeks now and confirmed to us that it won't be a paper launch. We have also been shown Xeon E5 systems from other large vendors that give credence to the notion that Intel's Xeon E5 will arrive, for real, next week».

Apple is expected to replace current Mac Pro chips with the new Xeon E5 chips. Until next week benchmarks will evidently be under embargo, but the new chips will certainly be a considerable improvement over the current Mac Pro’s chips that haven’t been updated since 2010.

Other manufacturers such as Dell have already new products with the Xeon E5, so Apple could also be ready with updated Mac Pros in the relatively near future.

Apple is likely to use E5-2600 series 8-core and 6-core Xeon E5 for its dual-processor models, while focusing E5-1600 series 6-core and quad-core chips for its single-processor Mac Pro configurations.

Apart from the new chips, Apple is also rumored to move away from the AMD graphics and switch to graphics from NVIDIA in the updated Mac Pro.

The launch of updated Mac Pros also depends on Apple’s decision as to whether it is worth producing Mac Pros. Reportedly, late last year the company was questioning the future of the line as sales of Mac Pros have declined due to increasing shift to notebooks and specifications that had gone stale awaiting for Intel to launch updated chips.