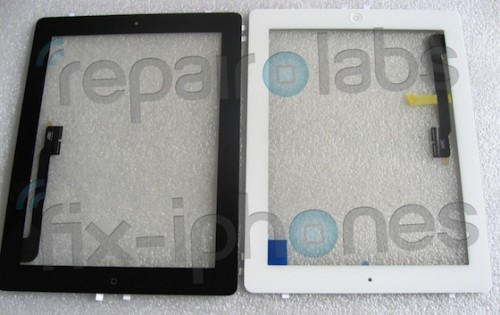 Last week Chinese microblogging site Sina Weibo published photos of what was claimed to be the front glass and digitizer assembly for the iPad 3. These parts are almost similar to the iPad 2 ones.  But there are some minor differences in the ribbon cable that is attached to the component.

Repair Labs has now obtained these parts in both black and white. What might mean that Apple will indeed offer at least some models of the iPad 3 in both colors.

There had been some suggestion from leaked part numbers that at least one model of the iPad 3 may come only in one color, but additional part numbers later surfaced to indicate that both colors will indeed be available on all models.

In addition, the new photo clearly shows home buttons on both parts, reducing speculations that the iPad 3 won’t have a home button.

Apple's media event is scheduled for next Wednesday, March 7 at 10:00 AM Pacific Time at the Yerba Buena Center for the Arts in San Francisco. The company is expected to introduce the iPad 3, as well as an upgraded Apple TV set-top box and perhaps enhancements to its content offerings in support of the iPad 3's ultra-high resolution display and expected 1080p capabilities of the new Apple TV box. 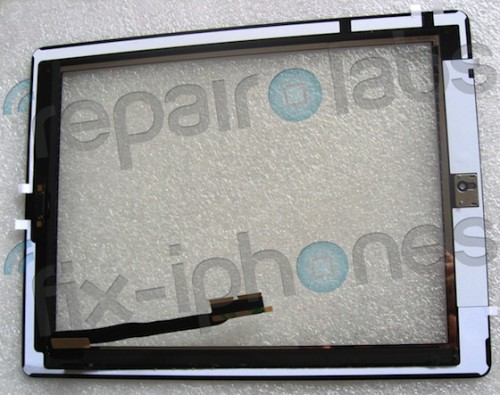