New iPhone Design Confirmed by an Accidental Leak from Apple

Apple has inadvertently revealed its new iPhone details in another gadget’s firmware code. After interpreting the code of the Apple’s HomePod, the developers Steve Troughton-Smith and Guilherme Rambo revealed new iPhone design. 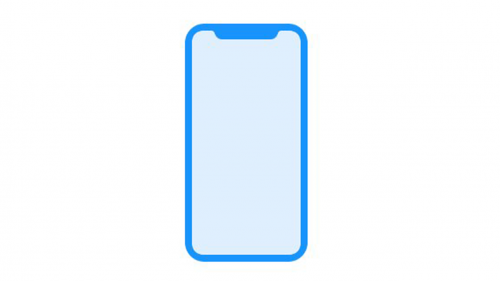 Steve Troughton-Smith wrote that new iPhone will indeed be equipped with the facial recognition technology:

I can confirm reports that HomePod’s firmware reveals the existence of upcoming iPhone’s infra-red face unlock in BiometricKit and elsewhere.

The face recognition feature will be based on infrared radiation so that the users could unlock their iPhone in the dark.

On top of that, Guilherme Rambo managed to extract the visual image of the new iPhone. The image confirms new iPhone will have the cutout for the camera and sensors at the top and will lack bezels:

The icon confirms the many leaks we've been seeing over the past few months. The iPhone has a nearly edge-to-edge display, slim bezels, a notch at top for the earpiece and camera, and no Home button!

Troughton-Smith believes this is a final design as a lot of leaks confirms such a concept.