Next-Generation iPhone 5 To Include A6 Processor? 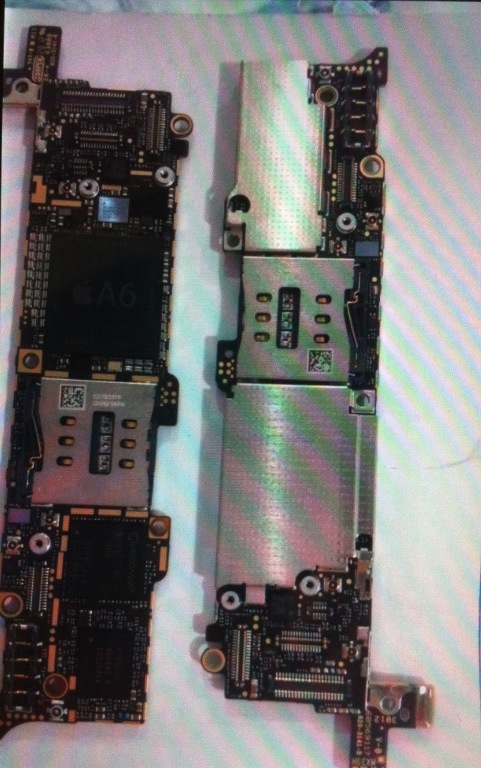 Many photos of parts claimed to be for iPhone 5 have surfaced during the past few months, but the component of the most interest, main processor package, has yet to be seen.

Several photos of the next iPhone’s logic board have appeared in recent weeks, but the presence of the shielding on the component and low quality of the images have left the identities of the processors on the component unknown.

It is rumored that A6 or a version of A5X chip will be used in the next-generation iPhone, and many believes that this quad-chip will be manufactured by TSMC using 28nm process technology.

Today a new photo of a purported motherboard for the next iPhone has surfaced. The crisp photo shows the motherboard without any protective shielding and reveals a chip with “A6” designation, which may suggest that Apple will indeed roll out a brand-new processor family with the next iPhone. However the validity of the photo is difficult to assess as it could easily have been faked.