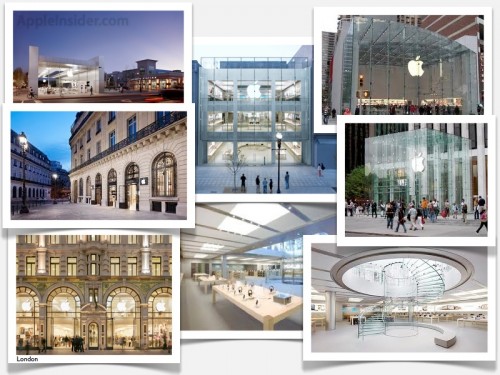 Yesterday, on May 3 Needham & Co analyst Charlie Wolf sent a note to his clients, where he reveals that Apple retail stores made only 12.9% of worldwide revenues for the company in March. Due to the increased number of distribution points, such as big-box retailers and international carrier stores the revenue has declined since the second quarter of 2008, when the revenue share from retail stores was 21.6%.

However, Mac sales in Apple stores have held steady for the last few years and are equal to 20% approximately. It allows to conclude that the appearance of the iPhone, the iPod, and the iPad made the metrics of tracking Apple retail stores sales unreliable, so Wolf proposed to count visitors per store instead of making quarterly revenue estimates.

As you may see from his tables, there is a significant rise of visitors in 2006, 2008 and 2010, which Wolf explains by the release of the iPod, the iPhone and the iPad respectively. So when he tracked the change in numbers of visitors, it appeared the Apple retail growth curve actually becomes clear and thus Apple Store revenues will only increase, which in turn should raise a the company's stock price to $450, Wolf suggested. 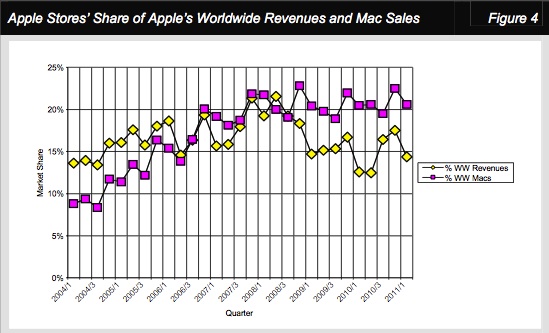 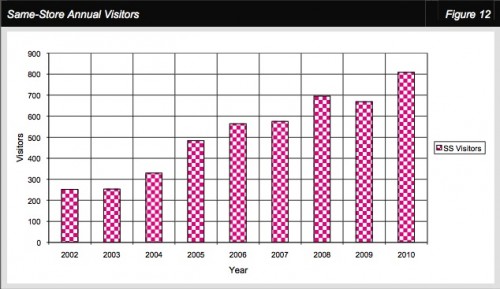 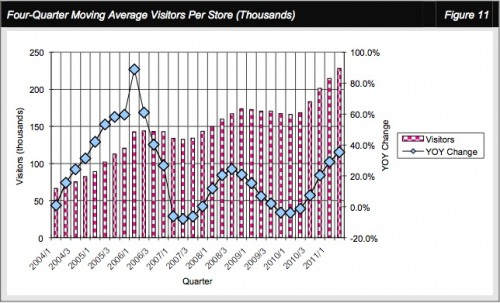