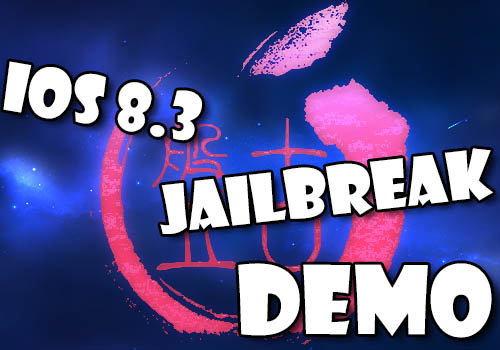 According to Tools4Hack the Pangu Team has demonstrated a iOS 8.3 jailbreak at the MOSEC security conference in Shanghai. The Japanese reporter is hopeful that we could see the team release a jailbreak once iOS 8.4 drops.

“If I had to take a guess, since the pangu team is the kind of team to put out jail break tools pretty quickly, depending on the development situation. once ios8.4 is released, they should definitely have a jail break in a couple of days.”

The Pangu Team has a nice history. They have successively released untethered jailbreak tools for iOS 7.1.x and iOS 8.0-8.1 back in 2014 and were the first to publicly jailbreak iOS 8. Since iOS 8.4 beta 1 firmware jailbreak is possible (it was demonstrated by i0n1c), Pangu iOS 8.3 jailbreak will probably work on iOS 8.4 as well.