I’ve got some good news for all those people who’re waiting for the release of the untethered jailbreak of iOS 8.4.1. Even though the guys from Cupertino have patched the vulnerabilities used for hacking iOS 8.4, it looks like there’re some other that can be utilized for iOS 8.4.1 jailbreak.

According to the post on the Chinese social network called Weibo, the Pangu Team has successfully jailbroken iOS 8.4.1 and showed this at the HackPwn2015 security conference. It should be noted, however, that it is very unlikely that the hackers release a new jailbreaking tool in the near future. You see, the exploits used for iOS 8.4.1 jailbreak may be used to hack iOS 9 as well, so it’s better not to reveal them right now. 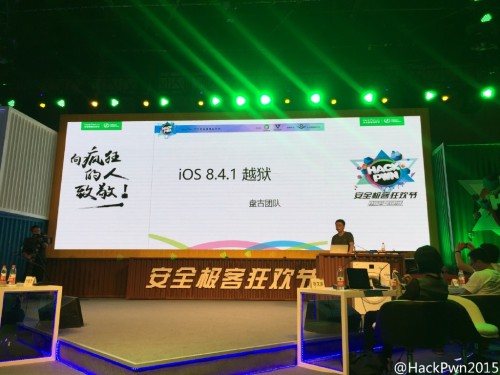 The Pangu Team has reportedly demonstrated a jailbreak of iOS 8.4.1 at the HackPwn2015 security conference.

It's highly unlikely that Pangu will release their jailbreak with iOS 9 just around the corner. Hopefully the exploits used to jailbreak iOS 8.4.1 will remain usable with the final build of iOS 9.

Stay tuned for more posts about iOS 8.4.1 and the jailbreak of this version of Apple’s mobile operating system.