« Android Phones Will Catch Up iPhone Camera in 2.5 Years
Apple Will Announce its Earnings for Q4 on November 2 » 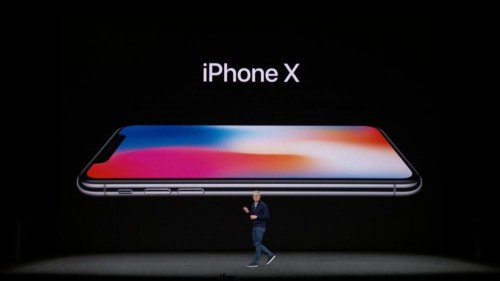 Yet before the anniversary iPhone presentation, there was a lot of speculation about the name of the new device. Some analysts predicted the wrong articulation of this denomination already then. Apple experienced that before with OS X that should have been also articulated as “ten”, but who now cares about that?

Now the same is with iPhone X. There are a lot of Twitter posts, saying that a significant part of people calling it iPhone “eks”, like this one by Marques Brownlee:

Got a haircut today... Every single person in the barber shop called it the iPhone "X" and nobody said "10." Good luck changing that, Apple

The habit to call iPhone “eks” may be hard to root out indeed. Apple didn’t mention why it decided to include such an ambiguous symbol in its new iPhone's name.

« Android Phones Will Catch Up iPhone Camera in 2.5 Years
Apple Will Announce its Earnings for Q4 on November 2 »