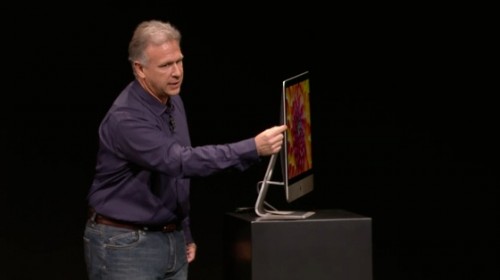 According to Apple’s Head of Marketing, Phil Schiller, Apple's customers don't need Blu-ray drives in their Macs. Not surprising, since Apple has removed the optical disk drives from their laptops, and now in desktop computers, but it can cause some confusion among fans of Blu-ray.

The article posted by MacRumors in June 2010 indicates that Steve Jobs told readers that it turned out to be that the Blu-ray format would be beaten by downloadable formats. So, we still ask the same question, when Apple will finally include a Blu-ray player in Macs.

According to an interview of Phil Schiller conducted by Harry McCracken from the Time, Mac will not support Blu-ray.

"Schiller pointed out that one major application for optical drives, software distribution, has gone largely digital. As for video, he said that "Blu-ray has come with issues unrelated to the actual quality of the movie that make [it] a complex and not-great technology…So for a whole plethora of reasons, it makes a lot of sense to get rid of optical discs in desktops and notebooks."

His preferred Blu-ray alternative? iTunes, of course, which lets you buy a movie and then watch it on all your Apple devices.

Once upon a time, people assumed that Macs’ lack of Blu-ray was a delay, not a permanent decision to fast-forward past it. I told Schiller that I imagined folks don’t ask about it much these days. "Correct," he said. "

External Blu-ray devices are now available via USB 2/3 and Thunderbolt.