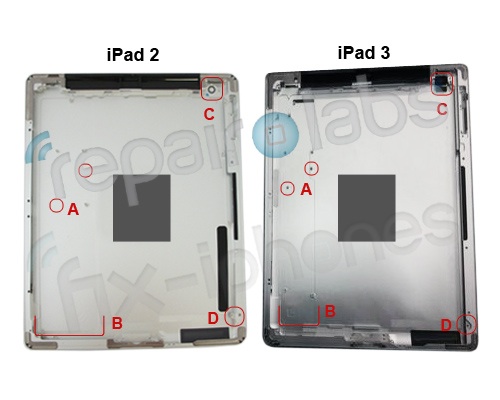 RepairLabs reports that it has managed to obtain a photo of what is claimed to be the rear shell of the iPad 3 and compared the part with the corresponding version of the iPad 2. Based on the photo, the site concluded that the iPad 3 version demonstrates a few minor changes with a narrower logic board that could make room for an expanded battery.

In a side-by-side comparison of the new component with the iPad 2 back panel, the repair site found four key differences:

The photo does not show the backside of the rear shell that would be visible on the assembled device, nor does it show an edge view that would allow for a thickness comparison to the iPad 2.