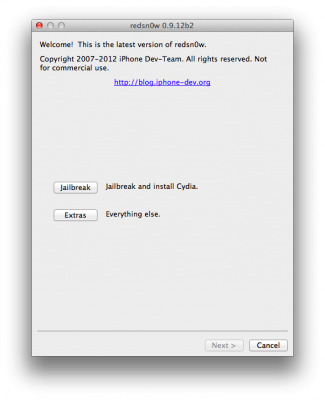 The iPhone Dev-Team has released RedSn0w 0.9.12b2. New version has some bugfixes and additional question about jailbreak mode for A4 devices. 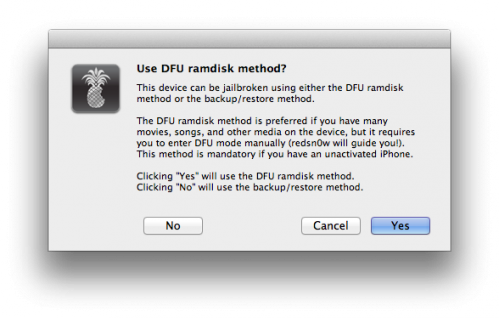 Starting with version 0.9.12b2, redsn0w will now explicitly ask users with limera1n-able devices whether they want to inject rocky-racoon using the DFU ramdisk method or the backup/restore method (the ramdisk method is better for those with lots of media on their device that would create very large backups, and it's required for those with unactivated iPhones). If you'll always want to use limera1n, you can select that in the Preferences pane. It also fixes an iBooks issue on old-bootrom 3GS iPhones, and provides more useful error messages when things go wrong.