Samsung Closes One of Its Retail Stores in London

Samsung has recently closed one of its largest flagship stores, Samsung Experience Store located at the shopping center called Westfield Stratford City in London is no longer working. Currently, there’re only nine flagship stores of the South Korean company in the country and this number looks ridiculous of to compare it to the number of Apple Retail Stores. In case you don’t know, the guys from Cupertino have 38 locations across the UK. Three stores are situated in London - at Covent Garden, Regent Street and White City. Moreover, Apple is probably planning to open some more. 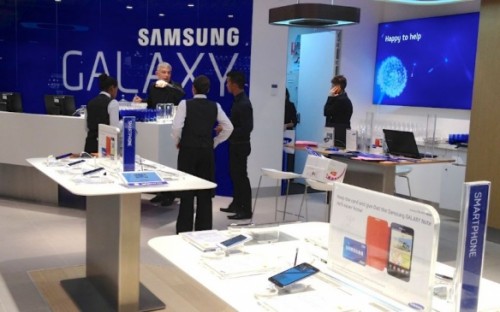 The closing of the Samsung Experience Store at London's Westfield Stratford City shopping center was first revealed on Wednesday by The Verge. The shuttered store is already being disassembled, and a note posted out front signed by "The Samsung Team" refers shoppers to alternative locations for support and sales.

Samsung Experience Stores look very similar to the original Apple Stores. However, that is not strange since the South Korean company has hired former designer from Apple to help in the creation of the concept of a brand new retail location.