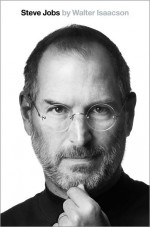 The Bookseller reports that Steve Jobs’ authorized biography by Walter Isaacson easily became the most popular book in the States and United Kingdom during its first week of availability. For example, in the United States the book sold 379,000 copies.

Despite being on sale for just six days in the US, Steve Jobs: The Exclusive Biography is already the 18th bestselling book of the year. It sits one place ahead of John Grisham's The Confession (Dell) and one place behind Rick Riordan's The Son of Neptune (Hyperion) in the year-to-date BookScan US bestseller list.

As we reported, Amazon had previously announced that the book was poised to become the best-selling book of 2011 despite a release late in the year. And we will probably be able to watch a film adaptation of the autobiography soon, because Sony Pictures has already acquired the movie rights to the book.