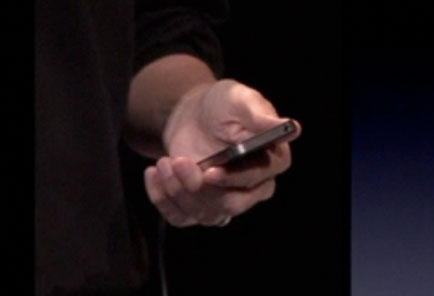 The problem of signal loss with the iPhone 4 is still on, and users have begun to address the company itself for more information. Is it a hardware or software problem? What is being done to fix it? Steve Jobs is very laconic about it: yes, the problem is there but this is a “non-issue” and you should just avoid holding it that way.

Sounds incredible, but there it is, Apple’s official statement.

Gripping any mobile phone will result in some attenuation of its antenna performance, with certain places being worse than others depending on the placement of the antennas. This is a fact of life for every wireless phone. If you ever experience this on your iPhone 4, avoid gripping it in the lower left corner in a way that covers both sides of the black strip in the metal band, or simply use one of many available cases.

Not a very encouraging solution but, admittedly, this problem isn’t new for the Apple products. There have been similar reports regarding the iPhone 3G and 3GS, and it also occurs with the Nexus One. However, it is not something people will accept willingly from such a long-awaited device.

Below is a fascinating video… According to Steve Jobs, you’re just holding your iPhone wrong. But do Apple themselves know how to hold it right?