Stock Apps can Be Removed in iOS 10

Just as we expected, Apple has added the ability to delete stock apps you don’t need from the iPhone, iPad and iPod touch running iOS 10. Users across the globe have been waiting for this feature for years and looks like now it has been successfully implemented. Alongside the announcement of iOS 10 and release of the first beta for developers, Apple has also made the default apps available on the App Store in case someone needs them after deletion.

The stock applications that are now available for download include Mail, Maps, Notes, Podcasts, Calculator, Watch, calendar, Music and a number of others.

The ability to delete defaults apps will let users of devices with 16GB of storage on board free up precious space on their phones and tablets. Furthermore, Apple will hopefully update the aforementioned applications more frequently. 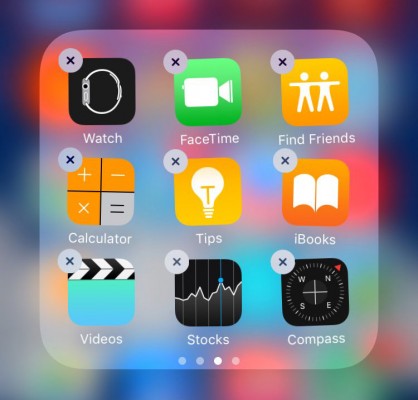