Apple has just enabled its two-factor authentication system on iCloud.com. This means that the access to popular iCloud.com apps like Contacts, Calendar, Reminders, Pages, Numbers, Keynote or Mail is restricted until the user enters a special verification code received from Apple. 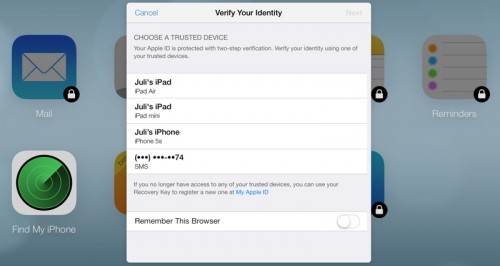 The new feature was implemented after the scandal connected with hacking of several celebrities’ iTunes accounts and is aimed at improving the security of the service.

Apart from the two-factor authentication, users now receive emails each time their Apple ID is used to sign into iCloud using browser.

The guys from Cupertino began testing new two-factor authentication feature for iCloud in June. However, for some unknown reason it was implemented only today.