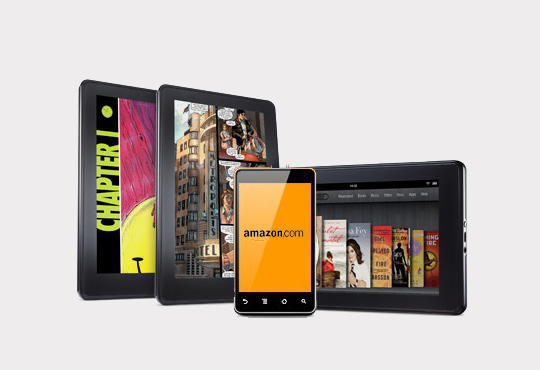 Today Bloomberg that Amazon is developing its own smartphone that will be able to compete with Android-based smartphones and iPhone. Amazon is reportedly cooperating with Foxconn to develop the smartphone, the same manufacturer that produces a number of Apple’s handsets, including iPad and iPhone.

In order to support the launch of their smartphone, Amazon plans to build a portfolio of wireless-related patents, according to Bloomberg. Amazon has already released successful 7-inch Kindle Fire tablet that demonstrates the company’s potential to develop a high-quality, customized Android-based operating system.

Amazon has its own distribution channels and content ecosystem, including cloud services allowing users to download media like books and movies, making their smartphone a serious competitor to Apple’s iPhone and its media content stores such as iBookstore and iTunes Store.

Earlier this week GigaOM that Amazon has bought a 3D mapping company UpNext. Perhaps this startup company will help Amazon develop a smartphone that can compete with the 3D mapping capabilities in iOS 6 and Android.