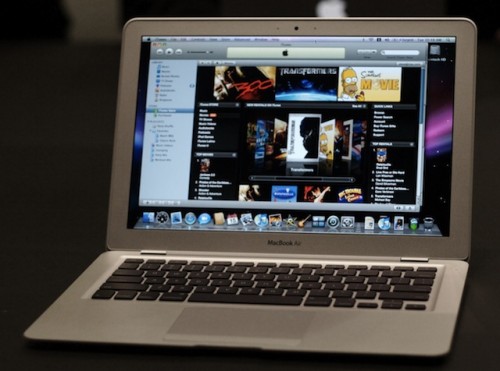 Is there a future development of notebooks with MacBook Air? One Wall Street analyst believes that notebooks stage a comeback with tablets losing its popularity.

“The evolution of laptop suggests that notebooks and tablets are converging,” analyst Toni Sacconaghi with Sanford Bernstein said to investors on Tuesday.

That convergence is encouraged by increasing popularity of solid-state storage and low-power processors.

“In the next 2-3 years, we believe OEMs will offer notebooks at the weight of the original iPad with touchscreen and integrated keypad capability for under $1,000. Ironically, availability of such notebook devices might undermine tablet sales, rather than vice versa”.

According to the investor note, such a convergence could take two forms, and one of them is Apple’s iOS “ecosystem” that combines App Store, services and hardware. This convergence could result in a 28% compound annual growth rise for the tech giant and in pushing PC makers to one-digit growth.

Thus, in other words, the analyst states that notebooks will take tablet-like form and will become the leading devices on the market in two or three years.

This idea about running out popularity of tablets… especially the iPad seems improbable, isn’t it?