According to the latest report from people familiar with the matter, the guys from Cupertino hope that about 100 million people will sign up for their brand new Beats-based streaming music service that is expected to be announced in just a couple of minutes at the Worldwide Developers Conference keynote. Although Apple hasn’t confirmed this rumor, it appears that it comes from a reliable source familiar with the plans of the tech giant. I think we can believe this rumor. 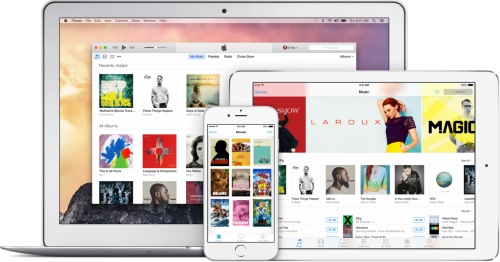 As you probably know, Apple Music will be a subscription-based service with a monthly fee of $9.99 and a three-month trial for new users.

Apple is hoping to crush the competition when it comes to their new music service, as people familiar with the plans say the company hopes to sign up 100 million subscribers.

For comparison, Spotify has about 15 million paying customers around the world. Apple's music service will reportedly offer the same $10 /month price as other competitors.

It would be interesting to see Apple’s new music streaming service. If you want to be the first to witness its official announcement, you can watch the live broadcast from WWDC keynote.