Apple on Thursday was granted a patent for a technology of hardening the sapphire structure. The patent application was published on the U.S. Patent and Trademark Office official website. The patent is entitled "Sapphire property modification through ion implantation" and it describes a method of adding ions in a sapphire structure so that it becomes stronger and prevents this material from cracking. The advantage of the new technology is that it allows to make the sapphire stronger without using the chemicals. 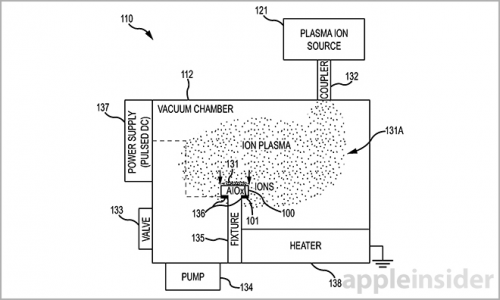 As noted in Apple's "Sapphire property modification through ion implantation" patent filing, traditional chemical strengthening techniques used on glass screens may not be effective when applied to other materials such as sapphire.

The patent application was first filed in 2013. As to the authors of the new technology of hardening sapphire screens, they include Dale N. Memering, Christopher D. Prest and Douglas Weber.

It should be noted , however, that the guys from Cupertino are very unlikely to equip the iPhone 6 with sapphire displays. The new technology will be used next year or later.