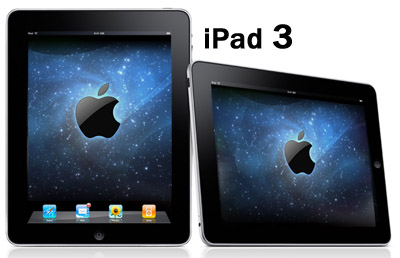 According to ChinaTimes , Apple has ordered 65 million 2048×1536 Retina displays for iPad 3 from Samsung and LG. Reportedly both companies have already begun production. However it is unclear if this number covers orders to Sharp, which is also rumored to be manufacturing displays for coming iPad 3.

Compare this to 40 million displays that Apple ordered for iPad 2. The report’s number indicates a considerable 60% to 70% increase over volume of orders for iPad 2. If this information is true, Apple has very ambitious plans for its new tablet.

Currently the iPad 2 is the hottest tablet worldwide with 15.4 million units sold during the holiday quarter. And with such feature like the Retina display, Apple could blow these sales numbers out of the water.