Apple previously announced that it would be live streaming Thursday’s iPad and Mac event, so it shouldn’t be a surprise that the company is pushing out an Apple TV channel to stream the video. It is a bit surprising, however, that the channel is already available at midnight Pacific time. It’s usually much later in the day that it appears.

You can also stream the event  on a Mac or iOS device. If you’re on a Windows PC, you’ll need to follow a few extra steps to get the stream working, but you’ll also be able to watch. Apple is expected to debut upgraded versions of the iPad and iPad mini along with a new Retina iMac. There should also be some final details about iOS 8.1 and OS X Yosemite, including release dates and Apple Pay availability. 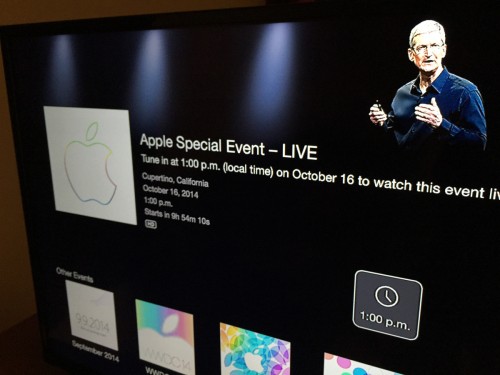