Apple's next-gen iPad to get iPod touch-like back, wide-range speaker 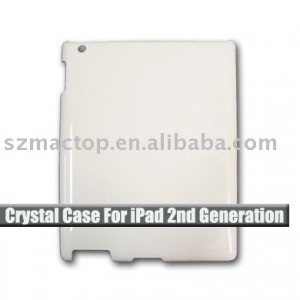 Japanese blog MacOtakara published a new portion of rumors concerning Apple’s iPad 2. It claims that the second-generation iPad will have a smaller bezel, a flat back panel and a wide-range speaker. These changes might be caused by a couple of criticisms of the original iPad design. The outer plastic bezel surrounding the LCD screen of the iPad was seen as large by some. Thus, the forthcoming iPad will be 3mm smaller; reportedly measuring 239mm by 186mm. LCD screen on the next-generation iPad will stay the same size. Back of the iPad is reported to be "flat like an iPod Touch". It will allow the new iPad to sit flat on a desk surface. The current iPad has a rounded back. The Ambient Light Sensor will be moved to the "upper center of the rear panel and has a new 3mm slim hole". According to rumors, production of the new iPad has already begun and it will probably start shipping in the mid of January.