iPad Air is Cheaper to Build than iPad 3

Apple’s new iPad Air is about 13% or $42 cheaper to build than the last-year iPad - the 16GB Wi-Fi-only model cost is $274. Although some components, namely, the 9.7-inch Retina display, are a bit more expensive than earlier, in general the device now costs less. 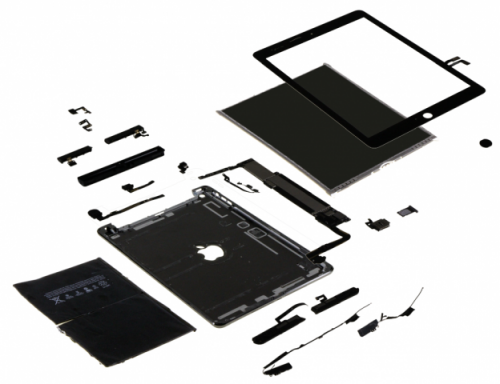 In the latest of its teardown analysis reports obtained by , the firm [IHS] says that Apple’s iPad Air costs between $274 and $361 to build, depending on model. The device sells at retail for a starting price of $499 for the base 16-gigabyte Wi-Fi only model, and for as much as $929 for a 128GB model with Wi-Fi plus cellular data service.

And here’re some other facts and figures found by IHS experts (via ):