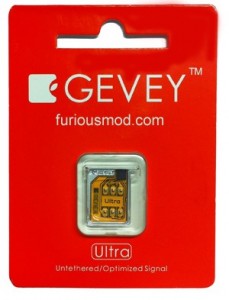 Gevey SIM was the only unlock for iPhone 4 users with basebands higher than 01.59. It uses the emergency dialer to force activate the locked baseband. MuscleNerd notes that its unlikely Gevey will try to battle Apple while iOS 5 is in the beta period.