According to a rather controversial report from a Hong-Kong research firm CLSA, the Touch ID fingerprint scanner on the rumored OLED iPhone 8 will be located on the back panel. The report is based on the information from Apple suppliers, but it contradicts persistent rumors about Apple’s plans to integrate Touch ID beneath the screen glass cover. 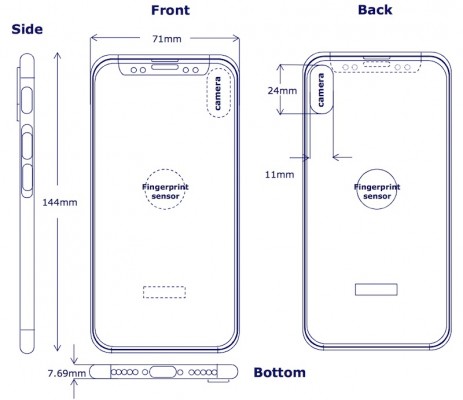 As noted by CLSA analysts Sebastian Hou and Brian Chen, Apple won’t stop using the Touch ID scanner due to its stability, user-friendliness, and the level of security it ensures. However, the company will place it on the back panel, the analysts believe.

Our latest supply chain checks indicate the iPhone 8 will still have the sensor given security, user-friendliness, and a need for payments infrastructure, but there is a high chance it will be on the back like Samsung's Galaxy S8.

Apple is expected to unveil the iPhone 8 in September. Latest rumors that appeared on the Internet on Monday suggest that the device won’t be delayed as it was expected before.