Patent Dispute Between Apple And Nokia Is Resolved, Apple Will Pay For Licenses 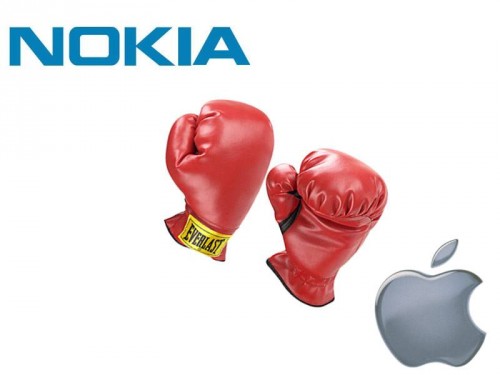 Nokia announced that it had entered into agreement with Apple, and now the prolonged legal argument between two corporations is coming to an end with two parties withdrawing their complaints to the International Trade Commission.

A press release that announced the signed patent license agreement was issued by Nokia early Tuesday. Agreement stipulates that Apple have to make a one-time payment to Nokia as well as ongoing royalties. But exact details of the agreement are kept in secret. The statement also reads that Nokia has put about 43 billion EUR into research and development in the course of last 20 years, creating a patent portfolio that consists of  10,000 patent families.

Legal authority Florian Mueller considers the agreement to be a good result for Apple shareholders, in spite of Apple having to pay. Also Mueller calls this result a "sweet defeat" for Apple, since its rivals that produce Android-based devices will probably have to pay greater sums because they have less bargaining power in the form of intellectual property.

Mueller said that Apple’s profitability may even rise because Apple’s margins will suffer less from this than commoditization of smartphone technologies in Android style.

The legal dispute between two companies began in 2009 when Apple was sued by Nokia for infringement of ten patents related to wireless technology. Since that time "two Goliaths" have continuously filed lawsuits against each other. Not long ago, the ITC decided to revise two patents in infringement case of Nokia against Apple, at the same time excluding three other patents from inquiry. Apple’s case against Nokia has to be decided on June 24.

Currently, the Finnish handset manufacturer is in the process of transition from Symbian platform to Microsoft's Windows Phone. Nokia is paid reportedly billions of dollars to make this switch possible.

Referring to competitors Apple and Google, Elop was glad to state the new era of Nokia:

"Nokia and Microsoft will combine our strengths to deliver an ecosystem with unrivaled global reach and scale. It's now a three-horse race".

However, some analysts consider that Apple has a great opportunity while Nokia works on its Windows Phone devices. According to Mike Abramsky of RBC Capital Markets, partnership between Microsoft and Apple may contribute to Apple’s share gains.

Nokia has for a long time been considered a global leader in smartphone production, but recent conclusions from a market analysis firm in Japan predict that Samsung and Apple will outstrip Nokia by the end of this quarter. This year, Apple overtook Nokia as the leader in smartphone market in terms of profit.