According to the latest rumors, Apple’s new iPad 5 and iPad mini with Retina display that are expected to be launched on October 22nd will at last be available on the T-Mobile network. So far, only three major U.S. carriers - AT&T, Verizon and Sprint - have offered cellular service on iPad.

T-Mobile CEO John Legere tweeted earlier today that he is "excited" for October 22, along with a link to an article announcing Apple's October 22 event -- hinting that the carrier may finally have Cellular support on iPads.

Below you can take a look at the tweet that proves everything I’ve mentioned above. 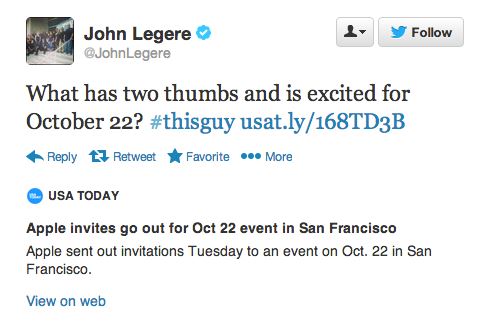