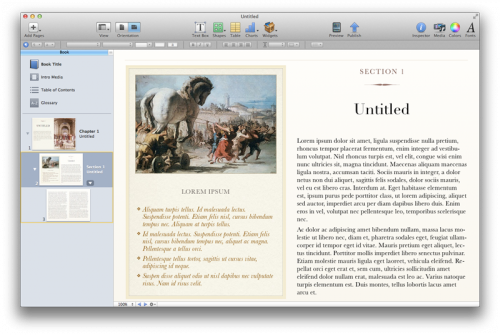 Wisconsin State Journal has reported that Wisconsin is buying 600 iPads this spring and plans to buy another 800 this fall. The state will pay for the tablets using the funds of the state's settlement with Microsoft related to consumer lawsuits claiming the company overcharged customers for its software. The Journal also presented rather strong argument that the tablets are simply cheaper, more portable and easier to use than conventional computers.

The new iPads will enable students to wirelessly share their work and enable schools to replace textbooks with digital apps or ebooks, referring to Apple's recent announcement related to iBooks 2, iBooks Author and digital textbooks as a "significant development."

District deputy superintendent Sue Abplanalp noted that Madison administrators had been impressed by the results of an iPad trial by Chicago Public Schools, which found the tablets were successful in keeping students more engaged in the classroom.

Wisconsin will pay $3.4 million for the iPad, though Microsoft agreed to pay the state nearly $80 million settlement to settle claims that it has systematically cheated consumers into paying too much for its software. Schools can spend the money on any type of technology.

Microsoft faced antitrust actions in a 1998 suit brought by the US Department of Justice and 19 states for using its monopoly market position to harm competition (specifically related to its efforts to destroy Netscape and the open web, although Sun's Java, Apple's QuickTime and other technologies were used as additional evidence to push the case.)

A separate series of private class action lawsuits accused Microsoft of cheating end users with overpriced software. The company worked to win dismissals of the claims in a number of states, but ended up paying settlements in at least 17 states, although efforts to actually obtain the funds were complicated by filing rules.