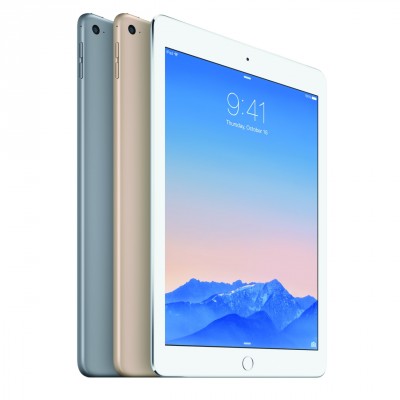 iPad Air 2, teblet with 9.7" Retina 2048 x 1536 pixels display, is now 18 percent thinner than the first iPad Air (6.1 mm vs 7.5 mm), has brand new A8X processor that is 40 percent faster. iPad Air 2 is also lighter 437g vs 469g for Wifi model. It's also got a brand new camera out back: an 8MP iSight camera (f/2.4 aperture) that does 1080p video, burstmode, panorama shots, and auto HDR (that takes up a bit less space). iPad Air has Touch ID, the Home button-based security system that enables login via fingerprint. With Touch ID, iPad Air 2 also has Apple Pay, albeit enabled for online purchases only. Front-facing camera is also getting improved, and it's now known as the "Facetime HD" camera. 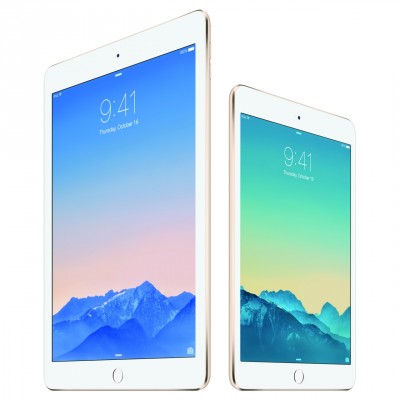 In addition to the new iPad Air 2, Apple today officially unveiled the follow up to the iPad mini with Retina display, the “iPad mini 3″. Not much changes here. The iPad mini 3 has gained the Touch ID fingerprint sensor. The 7.9-inch iPad will also be available in gold for the first time. 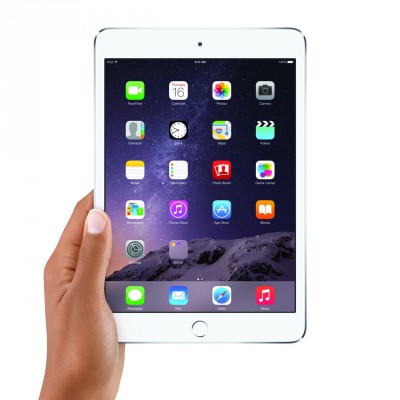 You can take a look at the specs of all five iPad tablets .