iPad 3 will probably have A5X processor 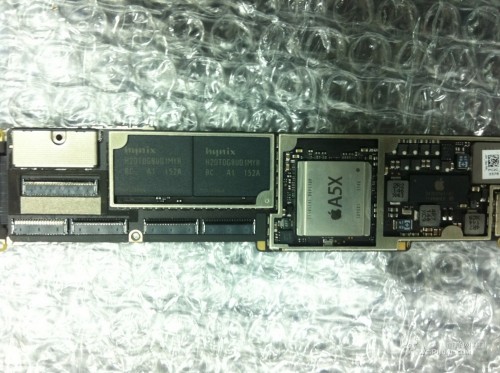 WeiPhone site has leaked a photo of an iPad 3 logic board with A5X CPU chip. Previously it was expected that new tablet will feature A6 chip, reports MacRumors.

Its unclear if 'A5X' will be the final designation for the new chip or whether it was just used during prototyping.

Apple is rumored to introduce the iPad 3 at a media event on March 7, with the device also receiving an ultra high-resolution display and LTE capabilities. Other claims have suggested that it will carry a slightly more tapered case design and perhaps offer an 8-megapixel rear camera.