Apple May Lose Rights To iPad Name In China

In October Taiwan-based company Proview Electronics charged Apple with trademark infringement related to the “iPad” name and the chairman promised to bring a legal action against Apple for damages in both China and US. Apple quietly acquired the global rights to the iPad trademark and also filed a suit to obtain the rights in China that apparently were not covered by the agreement. According to Reuter’s , today Intermediate People’s Court in Shenzhen rejected Apple’s suit to acquire ownership over the trademark in China. END_OF_DOCUMENT_TOKEN_TO_BE_REPLACED

According to the Financial Times, A Taiwanese contract manufacturer of flat screens Proview sold the "global trademark" of iPad to Apple in 2006 but it still possesses the trademark in China. Few years ago Proview released an I-Pad tablet, but the product wasn't successful and the company abandoned the project.

Caixine, which is a Chinese news site, reveals that Proview asks more than 1.5 billion dollars from Apple. Proview chairman Yang Rongshan even threatened the company:
END_OF_DOCUMENT_TOKEN_TO_BE_REPLACED 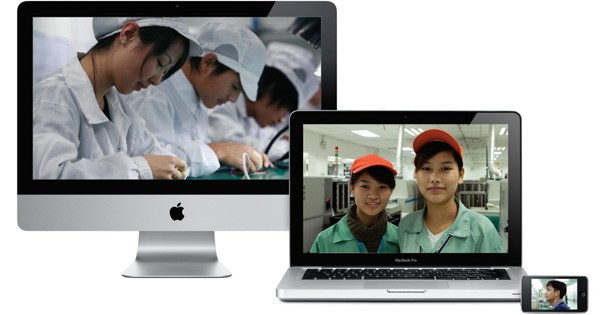 Last year at least 11 fifteen-year-old children were working in 3 factories that supply Apple. They are situated in China, but Apple also has factories situated in Taiwan, the Philippines, Singapore, Malaysia, Czech Republic, Thailand and of course United States.

"In each of the three facilities, we required a review of all employment records for the year as well as a complete analysis of the hiring process to clarify how underage people had been able to gain employment".

This is a citation from Cupertino's Supplier Responsibility 2010 Progress Report. After studying of it we summed up a whole bunch of interesting facts...