Videos of popular iPhone games running on the Apple iPad

SlideToPlay published several interesting videos where popular games are shown on the iPad in action. You can see games like Need for Speed Shift, Super Monkey Ball 2 and NOVA played on the big screen. Some of them are optimized for the bigger resolution, others are just a 2x bigger rendering of the exact same iPhone game you can buy now.

END_OF_DOCUMENT_TOKEN_TO_BE_REPLACED

Telltale Games is a famous company that brought us new forms of retro games such as Sam & Max and Secret of Monkey Island. The rumors about Mac versions of their games are confirmed – they will release the whole catalog for OS X next month, just before the Macworld Expo. We may even see iPhone and iPad versions since most of the games use the same platform. This was expected as there are many Mac fans both in the customer base and in the team.

Telltale’s games are already available on other platforms (PC and consoles), but the company is known for putting fans first, so we can even expect some extra goodies to come. 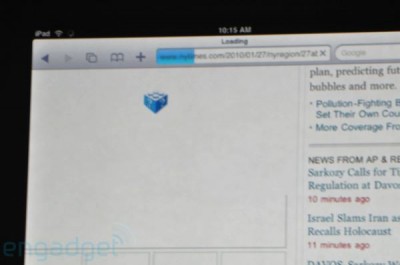 END_OF_DOCUMENT_TOKEN_TO_BE_REPLACED

IGF announced the finalists for their 2010 mobile games competition. Last year's winners were dominated by iPhone games. This year's finalists are:

The finalists for IGF Mobile will compete for $5,000 in prizes. The results will be announced on February 8th and will be showcased at GDC 2010 in March.


There are so many racing games for iPhone that allow you to drive the car. Here is a cool accessory that will make these games even more realistic. Interesting fact that this accessory is made with Lego. Let's watch the video: 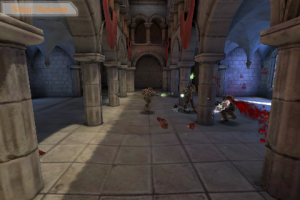 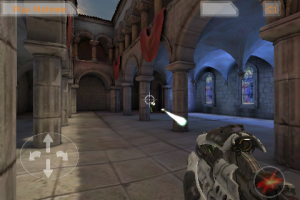 END_OF_DOCUMENT_TOKEN_TO_BE_REPLACED

iPod Touch users do not update to firmware 3.x and prefer to stay with the old 2.0 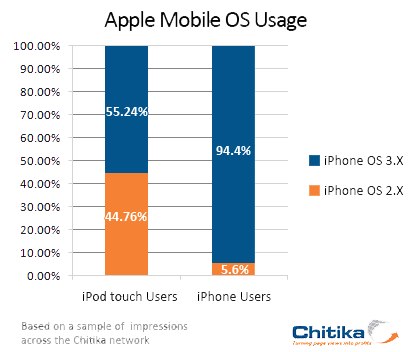 According to research conducted by Chitika, nearly 45% of users still have the old iPod Touch firmware 2.0 installed and have not upgraded to the 3.0.

The reasons are numerous and starts from the need to pay for the upgrade - $10 could be an issue. However the main reason is the lack of motivation for upgrading. Unless you want to play with copy/paste, the 3.0 update doesn’t bring much to the iPod Touch - Push notifications are useless on Wi-Fi and many games still run on 2.0.

Who knows, maybe Apple will decide to make the next update to version 4.0 free just to encourage upgrades. Updates are free for iPhone users nad wee see that almost 95% of users have updated to 3.x.

NFS Shift Money Patch: Cydia tweak to get a lot of money 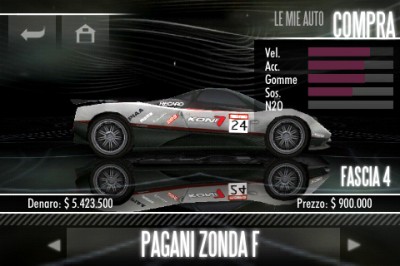 Need For Speed Shift is a wonderful game that recently appeared in AppStore. Many users want to customize and enhance their cars, but they need a lot of money for that. Now users of jailbreaked iPhones can use a money patch from Cydia, that will solve this problem with $6 000 000.

The steps to install the patch are very simple and fast:

Please take a look at http://wedding-advices.com/. 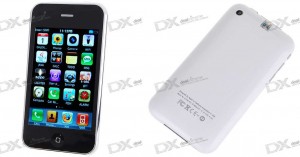 All iPhones are manufactured in China. Probably that's why users can find so many iPhone clones. Here is the latest arrival: iFhone 3GS - one of the best iPhone clones ever.

The device is identical, however there is no Apple logo. Take a look at these interesting features:

Even the interface of the springboard and the various applications is very similar to the original iPhone. 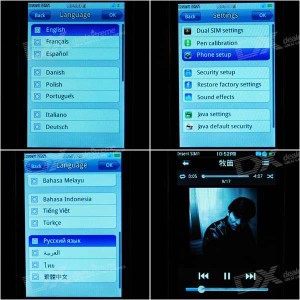 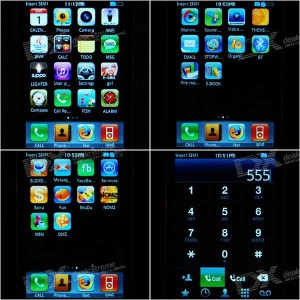 The box is identical, complete with Apple logo. Included: stylus, headphones, USB cable and an extra battery to attach to the dock. All this costs $123 without shipping charges.

END_OF_DOCUMENT_TOKEN_TO_BE_REPLACED 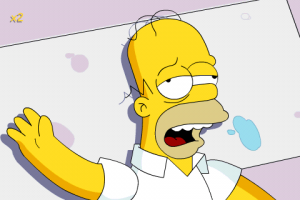 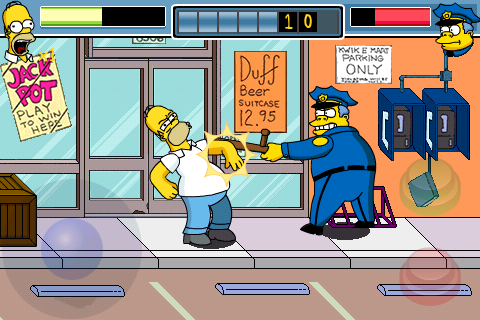 END_OF_DOCUMENT_TOKEN_TO_BE_REPLACED


The iPhone game F.A.S.T. (Fleet Air Superiority Training) is an air combat simulation game with online multiplayer functionality. Yesterday it was updated and today it became free. The regular price was $0.99. The discount is probably due to the addition of some new paid content that is avaliable through the in-app purchase. 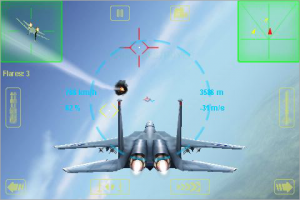 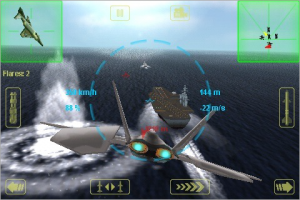 Why not try it for free? Go ahead and download via AppStore ().

END_OF_DOCUMENT_TOKEN_TO_BE_REPLACED 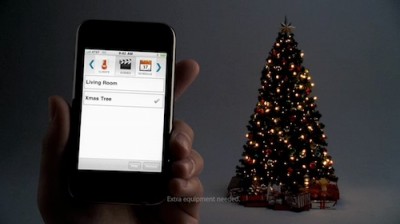 Apple today launched a new holiday-themed iPhone commercial entitled "12 Days of Christmas". The ad reworks the standard Christmas carol of the same name to feature twelve iPhone applications related in some way to the holiday season: